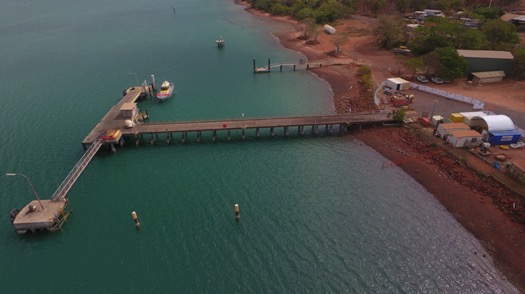 The Evans Landing Wharf is an integral asset to the Port of Weipa and is primarily used for the importation of fuel products, mooring of the Port Pilot Vessel and the bunkering of vessels. The jetty structure (the Wharf approach and head) was constructed in the 1960’s and consists of closely spaced HP2 piles, steel headstocks and deck girders and was originally decked with 14” x 7” timber planks.

From 1992 to 1995 the Wharf Approach deck (structure which connects the Wharf head to the land) was replaced in several segments from the abutment out, with Hancock’s Bridgewood 97 mm thick plywood panels.