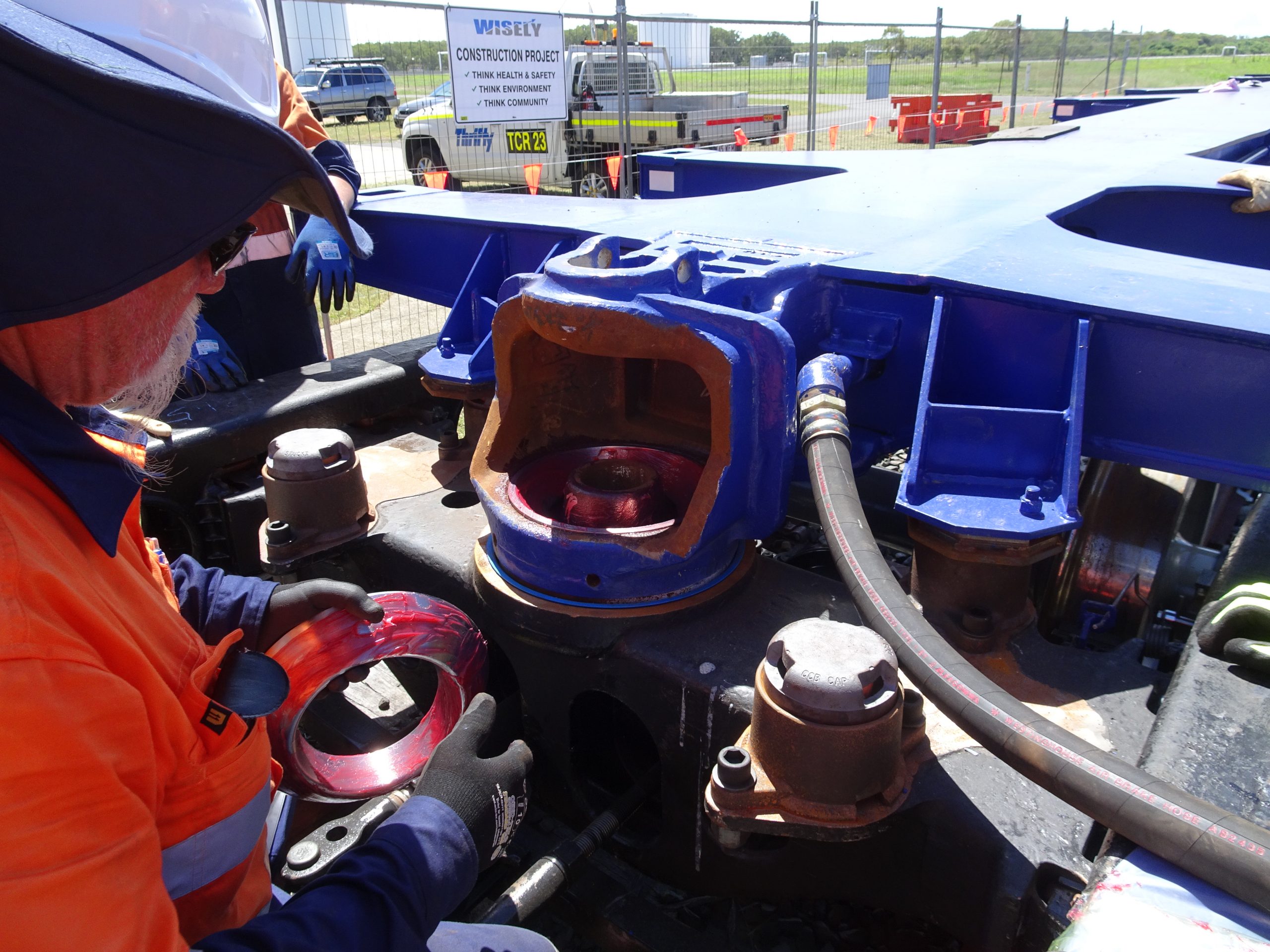 The wagons were delivered as flat packs with the 3 car bodies and the bogie assembles as separate items. The bogies were placed on the rail line and the car bodies lifted into place using 2 mobile cranes. Once the wagons were rolling they were fitted out with brake hoses, brake control rods, container locks, earth straps, AEI tags. Paint touch-ups were done on all wagons at the end of the contract before leaving site.

The wagons are assembled to make up 12 RNAY wagon sets once all works was finished the single car brake test was completed with the wagons ready to be put to use for their runs from Cairns to Brisbane transporting general freight for Pacific National.